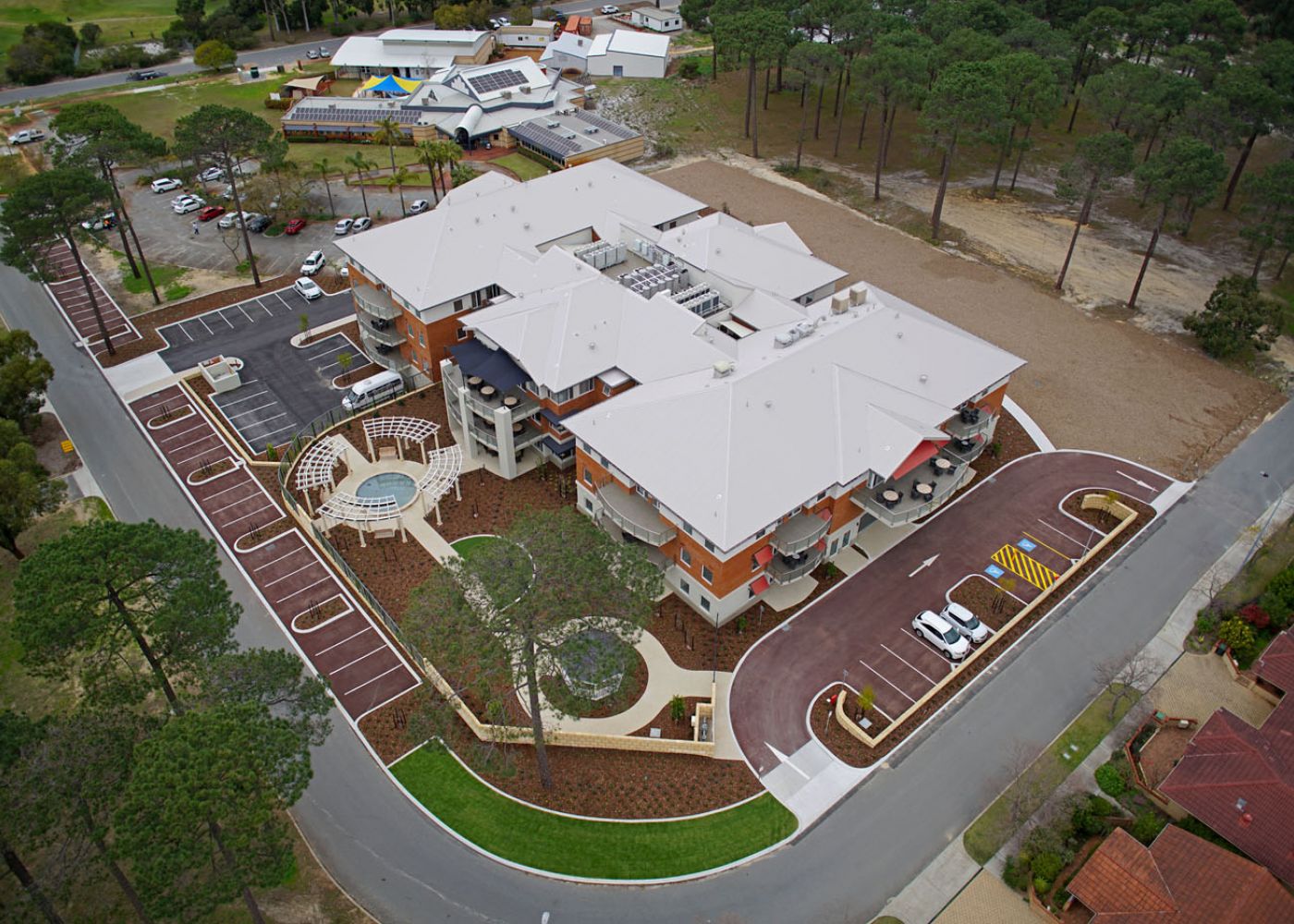 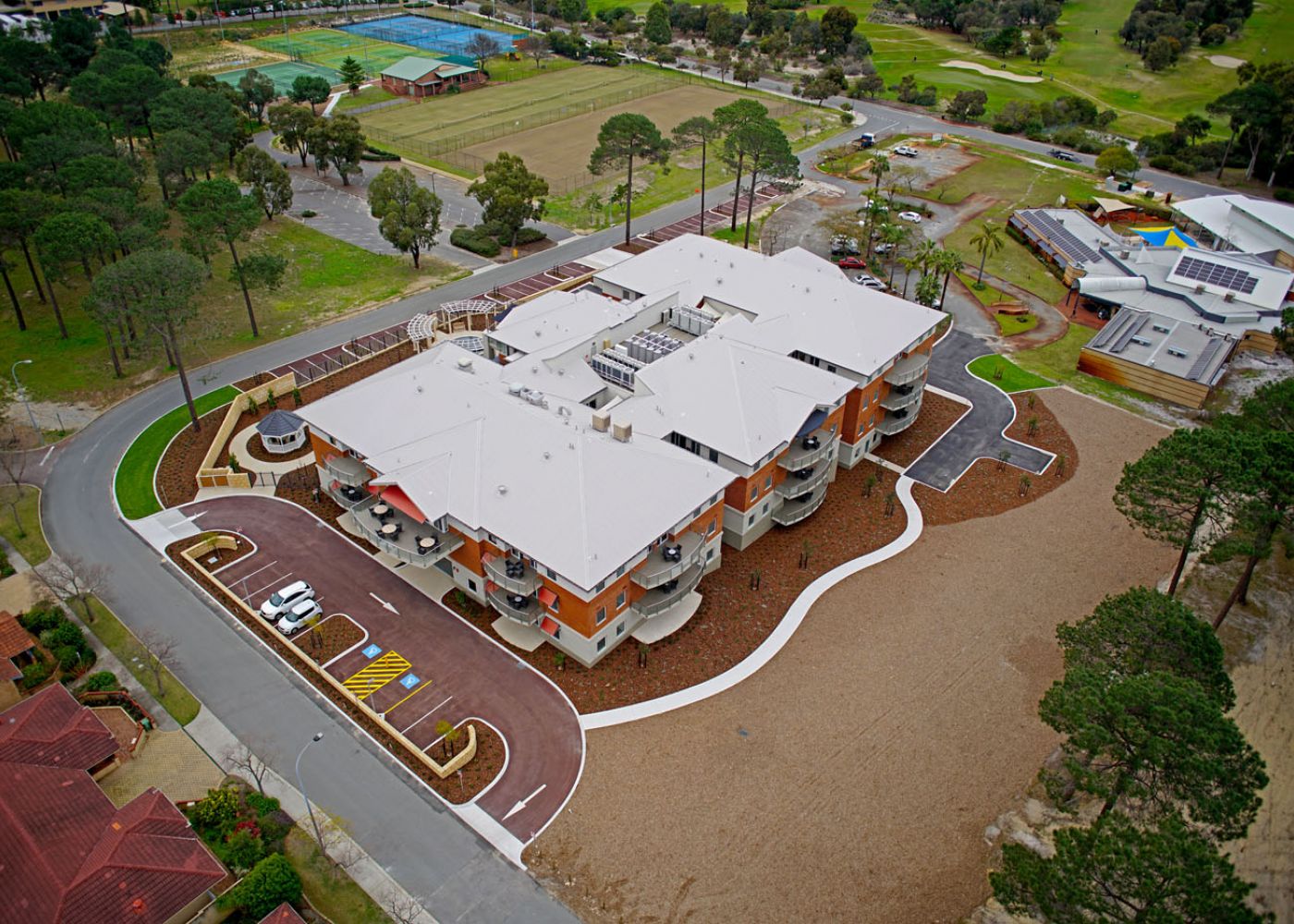 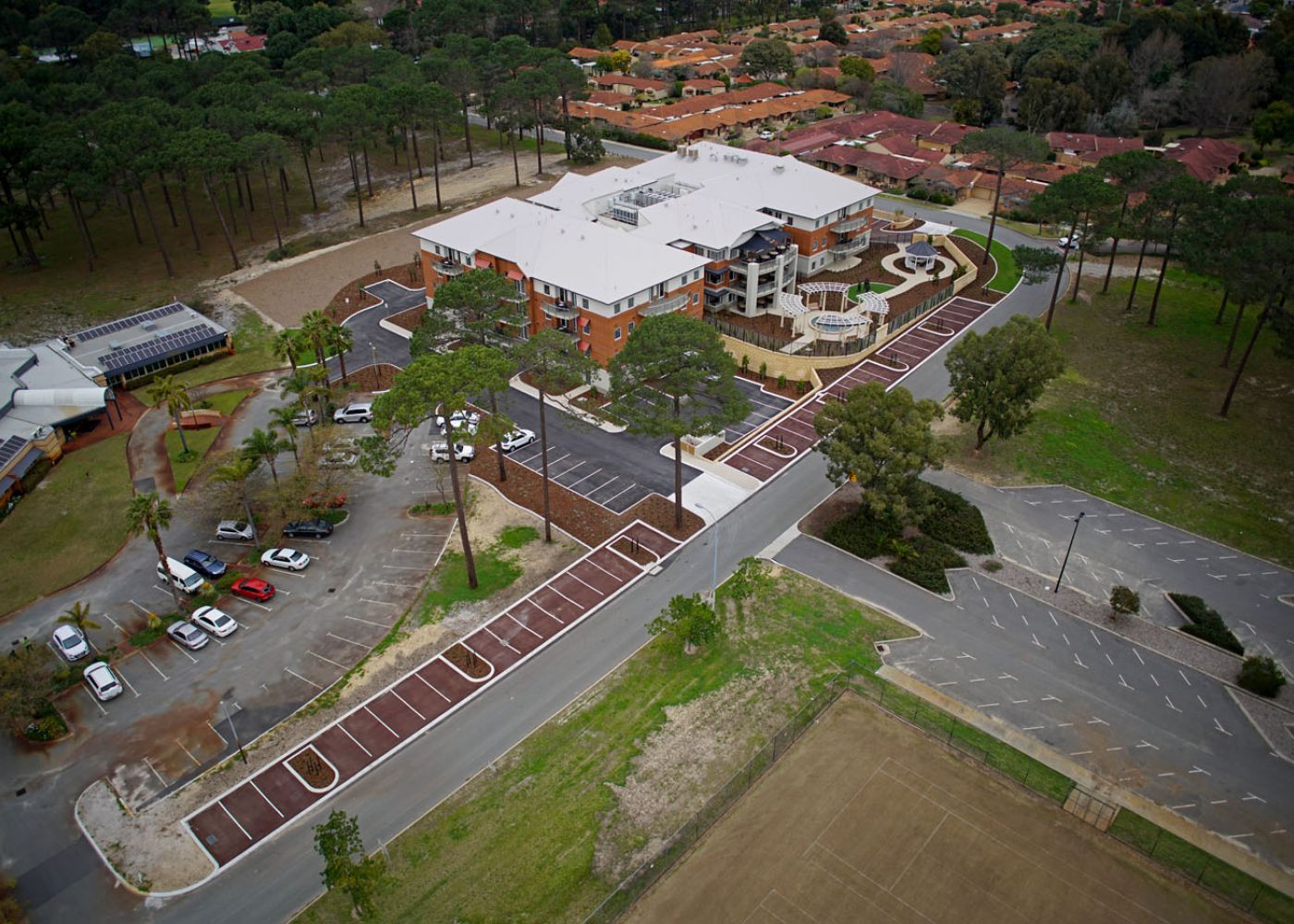 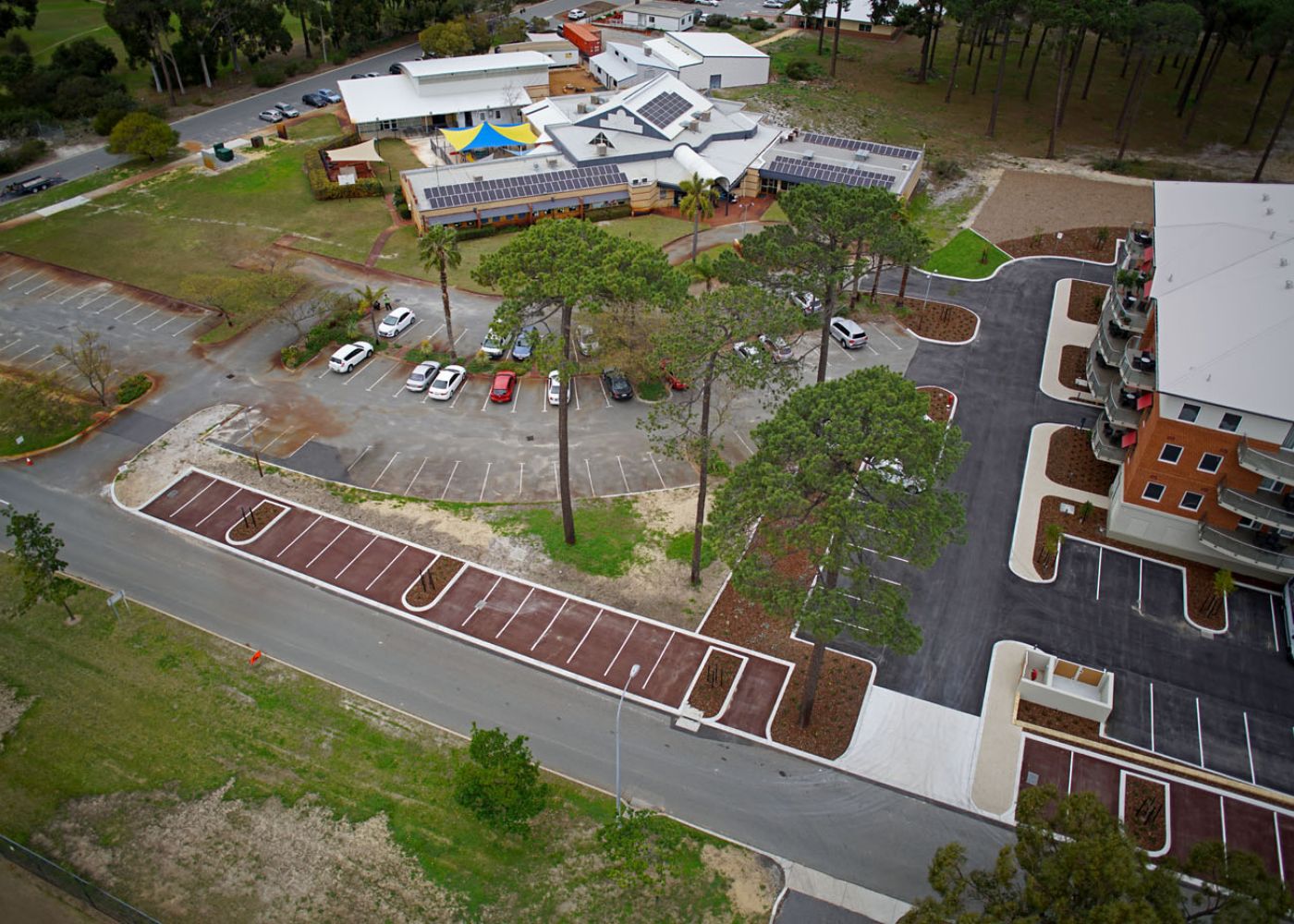 Gary Batt & Associates were the Architects on the development and appointed Pritchard Francis to provide structural and civil engineering consultancy services.

The facility can house 99 residents, with additional facilities such as a physiotherapy clinic and medical centre, serving the residents and general public.

A basement car park resulted in column locations being irregular across floors. The Design Team worked closely with the Architect to minimize the transfers, adding significant efficiencies to the building that otherwise would not have been possible.

By using a primarily steelwork structural frame with flat soffit slabs where possible, the construction timeframe and cost was able to be minimized, which was key to the Client. To achieve large cantilevers, steelwork beams and permanent formwork were used, facilitating these spans whilst also keeping the construction timeframe to a minimum. Permanent formwork was used for the core walls, allowing simple site works and a shorter timeframe.

The development includes a large number of car bays both in the basement and external car park. The Civil Design Team was able to add efficiencies to the car park by utilizing the existing pavement composition were possible, whilst also tying in with the existing levels surrounding the site and therefore minimizing the earthworks required.