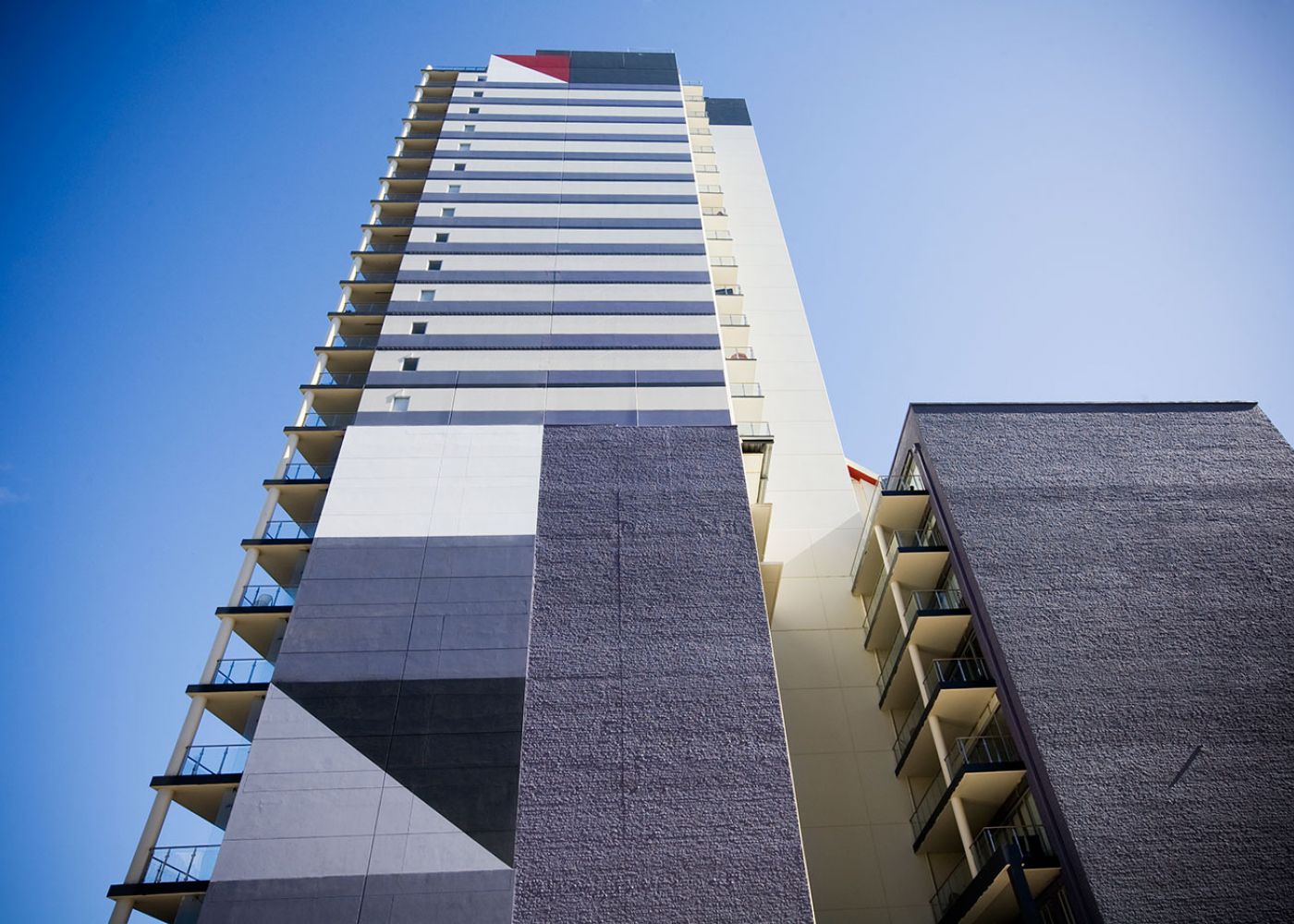 Condor Tower, located at 22 St Georges Terrace in Perth Western Australia, was completed in 2008 and exemplifies Australian engineering innovation with 17 storeys being added on top of an existing 10 storey building. A vertical building extension of such magnitude was unknown in Australia and rare worldwide. It demonstrates via leading example, how obsolete structures with remaining design life and inherent strength can be economically adapted for reuse via restructuring. Standing approximately 100m tall, Condor Tower incorporates an under-croft car park, two commercial floors and 24 residential floors.

Transformation of the Oakleigh Building to 2.5 times its original height required the application of rigorous engineering analysis and efficient design. Essential to the overall solution was the restructuring of the existing structure and strengthening of the original foundation system. Support at foundation level was solved via designing a partially piled raft which, at the time, had been rarely used within Australia and to our knowledge, only once before in Western Australia.

During design it was identified that limited industry understanding existed of the load sharing behaviour between new and existing concrete building elements. This prompted four years of research to be undertaken in conjunction with the University of Western Australia (UWA). Results from the research will contribute to more efficient building designs in future restructuring applications and led to the presentation of numerous technical papers at nationally and international conferences.

In 2009, Condor Tower won the urban Development Institute of Australia award for ‘Best of the Best’ in Urban Renewal.  This prestigious award recognised that the innovative and unique approach of recycling and reusing existing structures, as employed in Condor Tower, is considered best current practice in sustainable urban renewal in Australia.

In 2010 it was awarded two state engineering excellence awards and was overall winner. Subsequently, the project received top honours at the National Australian Engineering Excellence Awards receiving the Sir William Hudson Award which recognises the most outstanding engineering project (in Australia) and is the highest accolade that Engineers Australia confers. It represents the very best of the best with the winner celebrated and acknowledged not only in Australia but around the world.