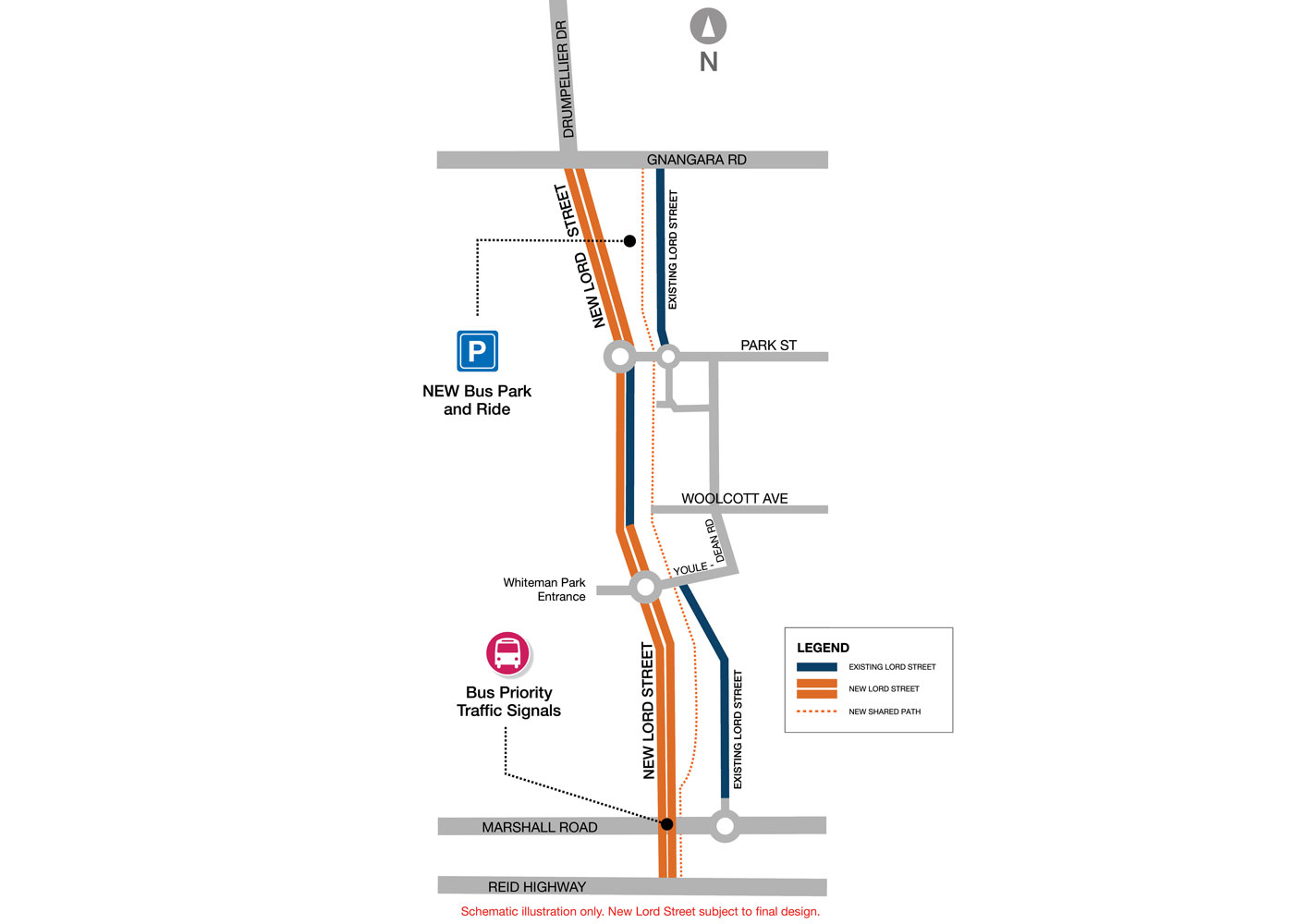 Located 200m west of the existing Lord Street in the former Perth-Darwin National Highway corridor, the project was originally scoped to include 9km of dedicated high speed bus lane, with several bridges to maintain separation from general traffic. The configuration and scope of the project were changed during the early stages of design.

The existing Lord Street will be upgraded to dual carriageway to improve service to the growing residential suburbs of Brabham and Dayton. A new bus station will be built at Henley Brook and widening and intersection upgrades will be undertaken to improve flow, to provide better connectivity with the new bus station and existing infrastructure.

Main Roads Western Australia (MRWA) is working in partnership with the City of Swan and CPB Contractors to deliver the project. Pritchard Francis was engaged by CPB Contractors to undertake the role of Independent Verification Consultant, which is a requirement of Main Roads in the Contractor-led Design and Construct (D&C) project environment.

Proposed to reduce congestion and cut journey times for residents of Ellenbrook, Brabham, Dayton and other surrounding suburbs - the new high quality dual carriageway road will connect Reid Highway and Gnangara Road, removing one of the major bottlenecks on the local road network.

The project was initially awarded as a bus rapid transit corridor with separate, dedicated busway and grade-separated connectivity across Lord Street to three new bus stations.

Pritchard Francis successfully completed the first round of design reviews at 15%. After the March 2017 WA state election, the new government conducted a comprehensive review of infrastructure priorities, resulting in the suspension and re-scoping of the project. A more complex and comprehensive upgrade of Lord Street was introduced, whilst the Bus Rapid Transitway was deleted to release funding for the proposed Ellenbrook Rail.

The main features of the project are complex intersections including roundabouts and traffic signals. A bus station was retained at Henley Brook, as well as provision for interface with future rail and improved road facilities in the Ellenbrook town site zone.