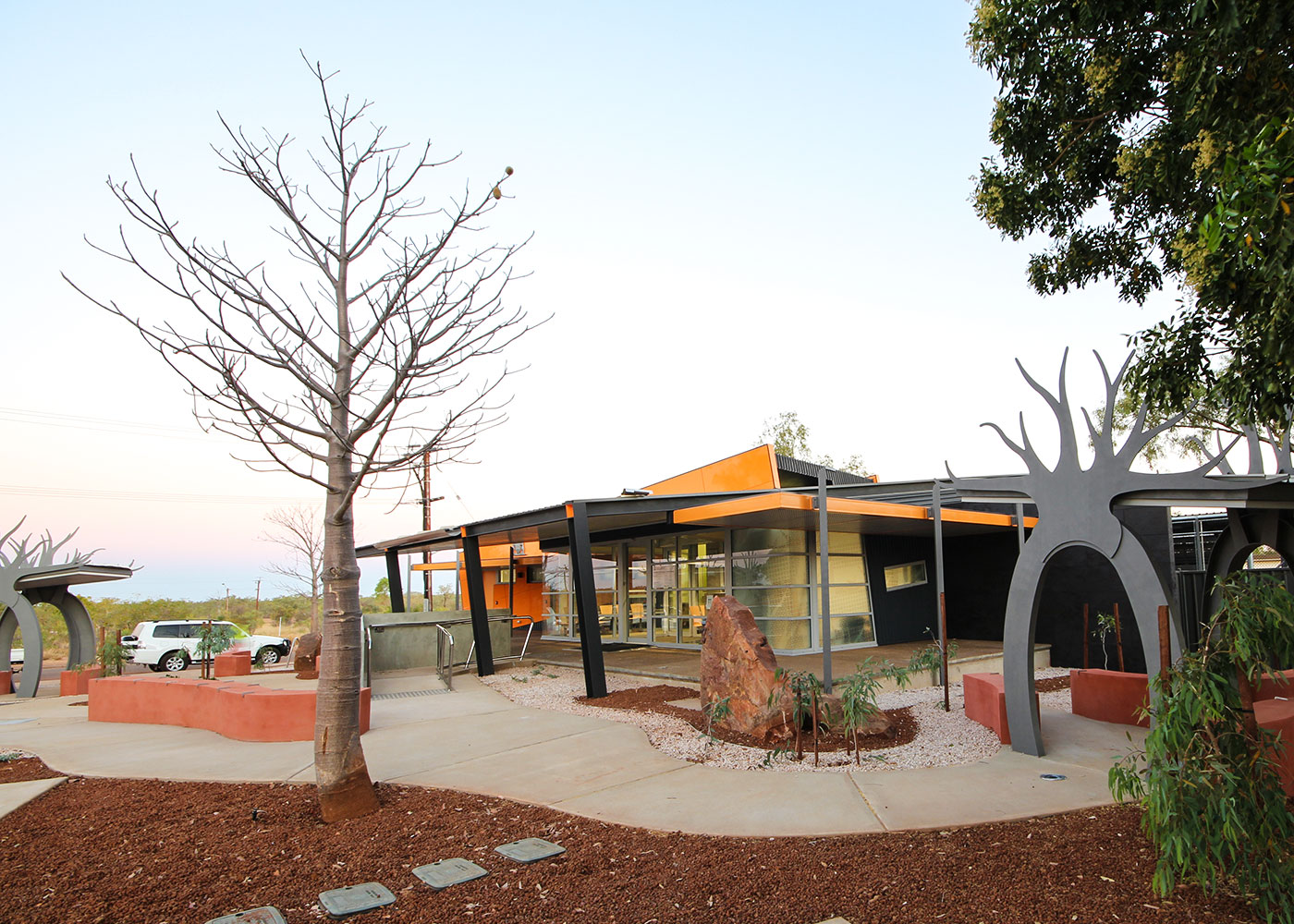 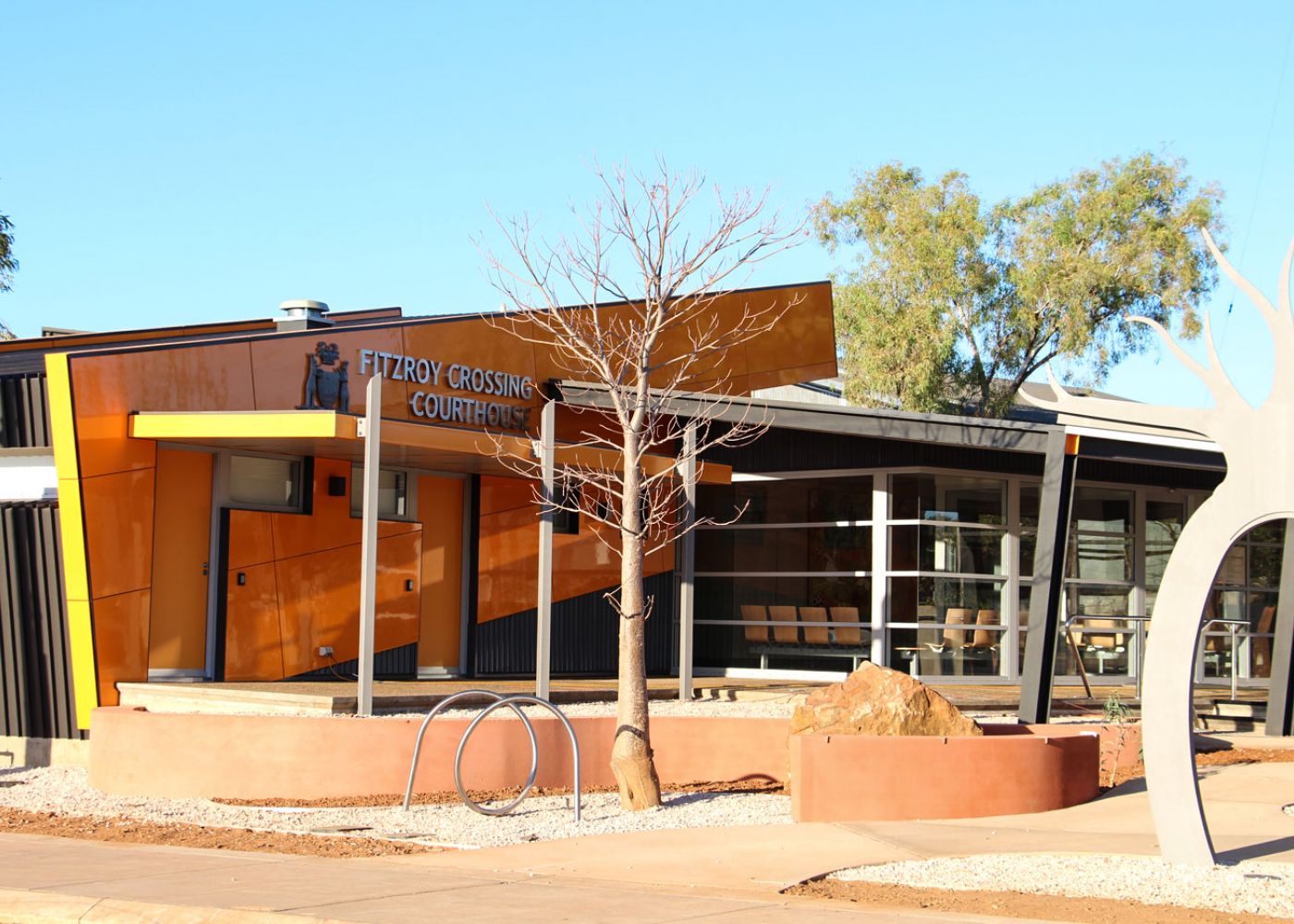 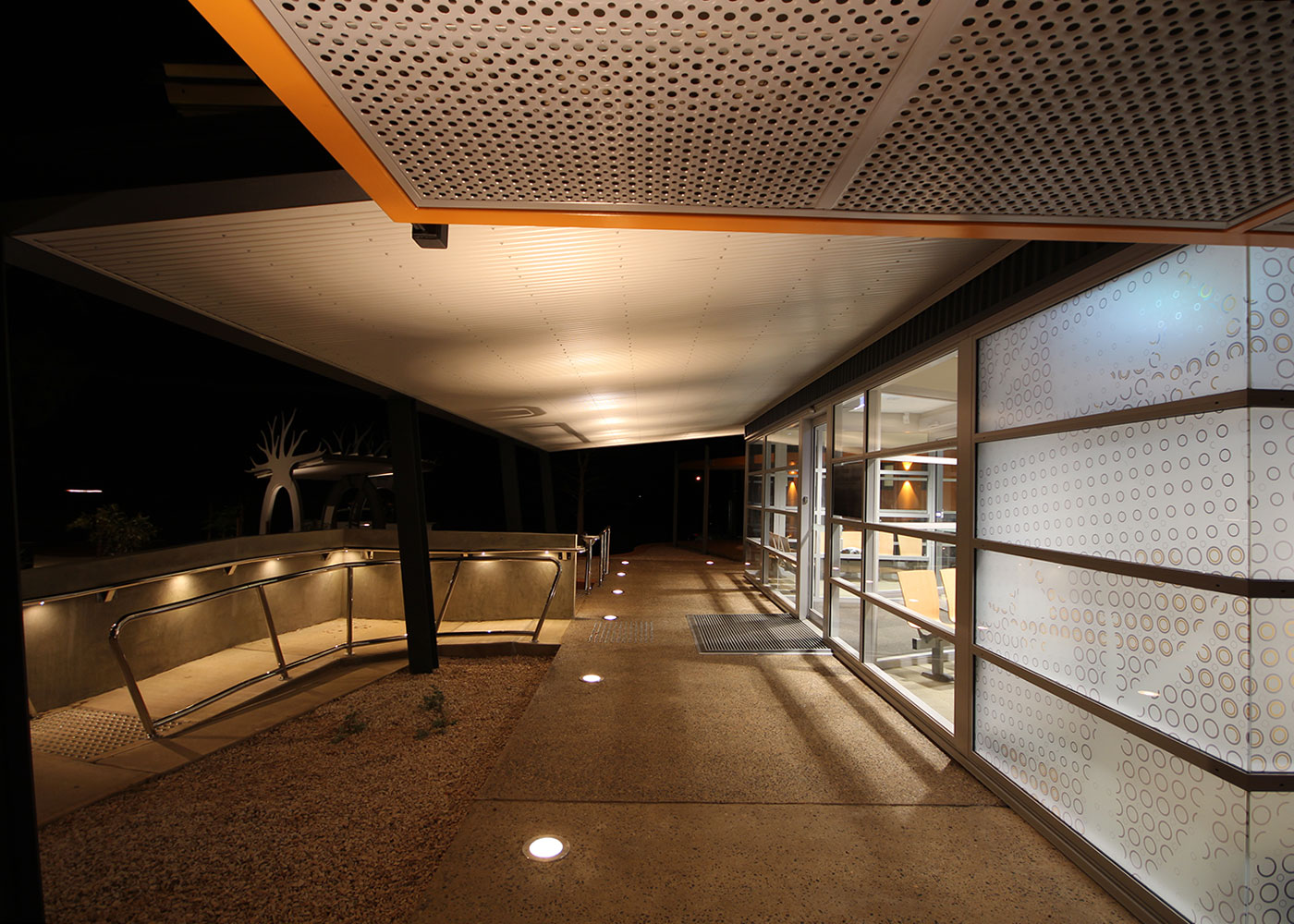 Accommodation in the new Courthouse comprises of a magistrates courtroom, four interview rooms, a secure police station-court custody link, internal and external public waiting areas, judicial chambers, additional on site car parking and landscape gardens. It is anticipated that this new modern and culturally appropriate facility will enhance the efficiency of the court system, make prisoner transfers safer and lead to better outcomes for the community.

The courthouse was designed by Sandover Pinder Architects on behalf of Building Management and Works (Department of Finance WA) with Pritchard Francis engaged for the civil and structural engineering.

It was critical that the team understood the existing location and the heritage context of the area. Knowing rock would be present, flood levels can affect the town, and heritage items had been found in proximity, the Pritchard Francis team worked on an elevated design to minimise the impact of the surrounding areas and still allow disabled access.

Being a remote facility, it was important that the trades were specifically selected and that some resources were not used due to limited availability and significant transport costs. This resulted in a structural steel frame with lightweight infill stud walls. Allowing one trade to complete the entire superstructure.

To achieve the Architect’s requirement for a slimline design, purlins were in the same plane as rafters and considerable attention was paid regarding detailing around vapour seals in conjunction with the mechanical engineer.

The completed development won the MBA Kimberley awards for 2016 for $2.5M – $6.5M Commercial Developments as well as awards for cladding and roofing and is testament to the architecture, quality engineering and eye for detail from the Builder.

The complex was officially opened on 10 September 2015 and commenced operations on 15 September 2015. The project was completed on time and on budget.